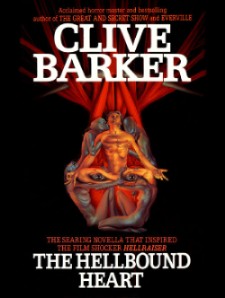 Several weeks ago I saw a new, independent horror film called Hatchet, introduced by Director Adam Green. Before the movie rolled, Green asked the audience how many of us were frustrated with the state of modern horror–naturally, we all cheered. “Yeah, fuck studio horror! It’s all remakes and sequels!” But as soon as the cheering died down, Green asked a second question: “How many of you went to see the new Halloween?” And we instantly realized what hypocritical jerks we were.

Studios are obsessed with “remakes and sequels” because that’s what we, the horror fans, are paying to see. And so long as we keep shelling out for awful, dumbed-down “re-imaginings” of existing films or Americanized versions of perfectly good foreign films, Hollywood will keep sending them down the chute. Why hadn’t I realized this before?

Anyway, this revelation has completely changed the way I think about moviegoing. For real. I’ve decided I’m no longer going to pay for movies that should never have been made in the first place, no matter how curious I am. So it’s painful to hear that Dimension’s long-planned remake of Clive Barker’s Hellraiser is actually moving forward (though it’ll be without the participation of Barker or Doug Bradley, the chief architects of the original’s awesomeness).

I’m a big fan of Barker’s novels, and though I can’t fathom why in a million years anyone would see the need to remake the original Hellraiser, I’m sad that I can’t go see this when it comes out. I mean, it’s Pinhead! But I have to keep reminding myself that it’s not Barker’s Pinhead, it’s Hollywood’s–and I care too much about the genre to let it die such an ignoble death. So count me out, Weinsteins. I won’t be rewarding you for this one.

…having said all that, I completely loved Zack Snyder’s Dawn of the Dead remake. So I’m trying to find a satisfying way to reconcile that with my new philosophy. And I’m not at all sure how to feel about the remake of HG Lewis’ The Wizard of Gore, a film that was never intended as a piece of art in the first place. Can you co opt something that was essentially a cash-grab to begin with? (In case you’re interested in Lewis, I interviewed him earlier this year, and he’s a brilliant guy.)